- September 19, 2022
We have signed a Technical Assistance Agreement with InfraCredit, a 'AAA"(NG) rated specialised infrastructure credit guarantee institution in Nigeria, under which we will provide funding for technical assistance to support pre-feasibility studies as well as the pre-transaction and transaction costs, including the design of innovative financing solutions for eligible projects that can issue climate-aligned local currency infrastructure bonds. The successful implementation of the project will enable up to ten climate aligned infrastructure projects reach financial close, support new job creation and enable more capital markets instruments to be issued to institutional investors.
Post a Comment
Read more

- September 19, 2022
Shareholders of one of Africa's largest manufacturing companies, BUA Cement Plc, have approved dividends of N88.047billion for its financial year ended December 31, 2021 at N2:60k per ordinary share of 50k each. This approval was given during the company's 6th Annual General Meeting held in Abuja, and comes on the back of a strong financial performance in the year under review that recorded revenue growth of 22.9% from N209.4 billion in 2020 to N257.3 billion in 2021. Profits after Tax also rose by 24.5% to N90.1billion in the year under review. Speaking at the Annual General Meeting, Abdul Samad Rabiu, Chairman of the Board of Directors of BUA Cement Plc commented: "our performance in 2021 gives credence to our sound business model, value proposition, and the excellent team who responded to the challenges and opportunities that were confronted in the year under review. In the meantime, the BUA Cement brand continues to grow stronger in the marketplace. Our aim is to inves
Post a Comment
Read more

- September 19, 2022
Tim Probert-Wood, prosecutor of Senator Ike Ekweremadu in the case of alleged trafficking for organ harvesting, has told a London court how 21-year-old David Nwamini, the alleged victim, fled the senator's residence and reported him to the police. Speaking in court on Monday, Probert-Wood said Nwamini presented himself at Staines Police Station on May 5, 2022, and told the police he was brought into the country on February 20, 2022, to have his kidney removed, Daily Mail reported. The prosecutor said Nwamini claimed he did not consent to the removal of his kidney, and when he returned to the apartment where he lived with Ekweremadu, a former Deputy President of the Nigerian Senate, and Beatrice, his wife, the couple began treating him as a slave. He said: "The case began on 5 May 2022 when the complainant presented himself at Staines Police Station and claimed he had been transported to this country for the purpose of his kidney being removed. "He arrived on 20th February
Post a Comment
Read more

Umahi and the killing of NELAN Engineers in Ebonyi

- September 19, 2022
Carl Umegboro Truly, the heart bleeds. The litany of atrocities allegedly being committed by the administration of Dave Umahi, governor of Ebonyi state leaves much to be desired of a normal person in the street let alone a public officer. Federal government must without delays and any political sentiment commence a full-scale investigation to unravel the abduction and killing of five consultant engineers working for the African Development Bank (AfDB) by hoodlums allegedly working for the Umahi led-state government. Reports from diverse quarters show that the state governor had been hostile to the consultants for causes best known to him. The five engineers working with an Enugu-based consultant engineering firm; NELAN Consulting Engineers were abducted on 3rd November after they were deployed to the Ring Road project at Effium in Ebonyi state in continuation of routine supervisory works. A full-scale investigation is compulsory as all reports point accusing fingers and allege many thr
Post a Comment
Read more

- September 19, 2022
By Carl Umegboro The federal government is duty-bound to unravel the whereabouts of the missing five engineers handling the rehabilitation of the Ring Road in Ebonyi State as consultants of the $150 million African Development Bank (AfDB) project. To be modest, the heart is bleeding on the presumption of their deaths having been missing since 3rd November, 2021. These hardworking professionals, who went for a legitimate job for economic growth of the state, cannot end their lives in such a tragic manner. Reports from diverse quarters accused the state government of being hostile to the consultants prior to their abduction for reasons best known to the actors. Nigeria is not an abattoir where animals are recklessly killed without explanations. Section 14(b) of the 1999 Constitution, Federal Republic of Nigeria as amended protects all citizens from brutality. It provides "…the security and welfare of the people shall be the primary purpose of government". These consultants name
Post a Comment
Read more

- September 19, 2022
United Bank for Africa Plc, Africa's global bank, on Monday, announced the appointment of Oliver Alawuba as Group Managing Director, overseeing all the Group's banking operations across its twenty African country network and globally in the United Kingdom, the United States of America, France, and the United Arab Emirates. Oliver Alawuba joined UBA in 1997 and has held a series of senior positions, including as the CEO of UBA Ghana, the CEO of UBA, Africa and most recently, as Group Deputy Managing Director. UBA Group Chairman, Tony Elumelu, stated 'I am very pleased to announce Oliver Alawuba as the new Group Managing Director of the UBA Group. Oliver has extensive experience in Nigeria and our African network and is well equipped to advance our pan-African and global strategy. I have no doubt that Oliver will build on the legacy of Kennedy Uzoka, who has exemplified transformational leadership by championing a customer-first philosophy; launching our twentieth operation i
Post a Comment
Read more

- September 19, 2022
Boboye Olayemi Oyeyemi could not have wished for a more fitting conclusion to his public service career. Thirty four years ago, he enlisted into the nascent Federal Road Safety Corps, (FRSC), specifically on June 6, 1988, as Superintendent Route Commander, (SRC). In response to public outcry and outrage about the accentuating arithmetics of carnage on the nation's roads, the administration of President Ibrahim Babangida, formally established the FRSC. There is, however, a little story behind the eventual fruition of the concept, relative to Oyeyemi's ascendancy. In 1976, the Murtala Mohammed/Olusegun Obasanjo military rulership carved Oyo, Ogun and Ondo states, out of the old Western State. David Medaiyese Jemibewon, then an army colonel and military governor of the new Oyo State,established the Oyo State Road Safety Corps, (OSRSC). The initiative was in response to the disturbing incidents of automobile mishaps and the staggering casualty figures arising from such mishaps, wit
Post a Comment
Read more
More posts 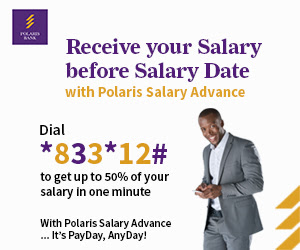